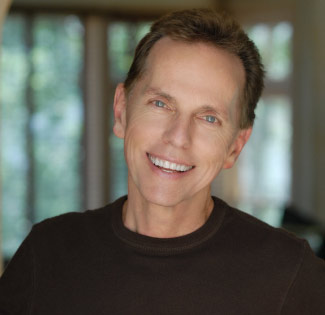 Dean has won an Oscar and a Golden Globe Award, as well as being nominated for three additional Oscars, two more Golden Globes, seven Grammy Awards and two Tony Awards.

His books, stage shows and movies have earned an international following, and his songs have sold over 70 million records.

For a full list of credits, visit Dean’s IMDB Page.

Watch this Video Tribute put together by the Point Foundation as they honored Dean with the Courage Award in September 2013!

For over thirty years Dean Pitchford’s songs, films and musicals have played on radios, screens and stages the world over and have become part of the popular cultural landscape.  His creations have earned him an Academy Award and a Golden Globe, as well as nominations for three additional Oscars,  two more Golden Globes, eight Grammys and two Tonys.  He has been named BMI Songwriter of the Year (1984), and won BMI’s Country Song of the Year (1986, for Dolly Parton’s “Don’t Call It Love.”)

His records, to date, have sold over seventy million copies.

Dean Pitchford was born in Honolulu, where he spent his childhood performing on any available stage – singing and acting with the Honolulu Community Theatre (now the Diamond Head Theater), the Honolulu Symphony Orchestra and the Honolulu Theatre for Youth, among others.

When he was accepted at Yale,  Dean traded the balmy tropics of Hawai’i for the seasonal swings of New England.   While studying in Connecticut, Dean performed with numerous drama groups on-campus, but his focus gradually turned off-campus, where he joined in creating the Wooster Square Revival, an experimental theatre company that offered acting opportunities to recovering addicts and alcoholics.

It was while he was at Yale that Dean was offered the dream summer job: to update the popular guidebook “Hawai’i on $5 and $10 A Day,”  and to research “TWA’s Budget Guide to Hawai’i,” the first of a new series of guidebooks that would eventually morph into the popular “TWA Getaway Guides.”

His next summer job was even more exciting:  on a whim, Dean joined thousands of other hopefuls standing on line in New York’s Greenwich Village to audition for a new off-Broadway musical:  Godspell.  When he got cast, Dean moved to Manhattan and planned his senior year of college in New Haven around his performance schedule in New York City.

His work in Godspell eventually took him to Washington, D.C., where he finished his Yale degree (by long-distance) between performing Godspell at Ford’s Theatre and teaching as an artist-in-residence at Catholic University.

A chance audition for legendary director/choreographer Bob Fosse lead to Dean’s being cast in Fosse’s new musical Pippin;  Dean returned to New York, where he eventually performed that title role over 250 times.   While maintaining that performance schedule, Dean acted, sang and danced in over 100 commercials for such products as Dr. Pepper,  MacDonald’s, Lay’s Potato Chips,  and even Odor Eaters Foot Pads!

The cabaret scene was exploding in Manhattan, and Dean joined in, singing some of his first songs in clubs around the city;  it was when he was appearing at The Ballroom – New York’s premiere night spot at the time – that Dean was first approached to write with composers as accomplished as Stephen Schwartz, Alan Menken and Rupert Holmes, all of whom made lasting impressions on the young songwriter.

Another composer who changed Dean’s life was recording artist and cabaret performer Peter Allen (I Honestly Love You; Arthur’s Theme). The two met when they studied with the same voice teacher. So when Dean heard that Peter was creating a one-man show for Broadway,  he sent Peter a sample of his writing, to which Peter responded enthusiastically.  The first five songs to result from their collaboration debuted when Peter’s Up In One opened in 1979 at the Biltmore Theatre to rapturous reviews.

Composer Michael Gore, who had been in Peter Allen’s opening night audience, tracked down Dean to ask him to collaborate in writing songs for the motion picture for which he had just been hired as the musical supervisor. That film–  first called Hot Lunch, later re-titled Fame — proved to be a turning point in Dean’s life.

“Michael and I wrote something like 13 songs while Fame was in production,” Dean remembers.  “As the script pages came in, if there was any hint of a musical number –  if it said anything like, ‘In the background, a group of kids sing and dance,’  for instance – Michael would call, and we’d work through the night to have something to play for the director Alan Parker the next day.”

Eventually, three of their songs were included in the picture – the raucous Red Light, which became a disco hit for singer Linda Clifford;  the symphonic/rock finale I Sing the Body Electric; and the title song Fame,  which became a radio smash for Irene Cara and a multi-platinum, international best seller.  That song earned Michael and Dean an Oscar,  a Golden Globe, and a Grammy nomination for Song of the Year.

With Fame  now atop his sparse resume,  Dean headed to Los Angeles to add to his songwriting credentials.  He was signed as a songwriter by Warner Brothers Publishing and began collaborating with a variety of exciting new partners.

Among the first songs he wrote with Tom Snow was Don’t Call It Love, a tune first cut by Kim Carnes (on her Bette Davis Eyes album); the composition went on to become a chart-topper for Dolly Parton in 1986 and resulted in the song being named the BMI Country Song of the Year.

Tom’s and Dean’s You Should Hear How She Talks About You was a Top 5 hit for Melissa Manchester and won her the Grammy Award for Best Pop Vocal Performance, Female, in 1983.

About that same time,  Dean and Kenny Loggins began a successful collaboration by writing (with Steve Perry of Journey fame) Don’t Fight It,  a Top 20 smoker that garnered a Grammy nomination for Kenny and Steve in the Best Pop Vocal Duo category.

As he continued writing songs, Dean moonlighted by working on an idea for a film script that first occured to him after reading a news story in 1979 about a town in Oklahoma (Elmore City) which – after eighty years – was lifting a ban on dancing.   Dean’s first few drafts – then titled Cheek To Cheek – met with enough encouragement from film executives that Dean traveled to Elmore City to do further research;  when he returned to Los Angeles and plugged the new ideas into his script, the screenplay was optioned by 20th Century Fox, where it stayed in development for three years before finally being bought by Paramount. The project – by then re-named Footloose – began filming in 1983 in and around Provo, Utah.   Dean collaborated on the nine-song score with such pop icons as Sammy Hagar, Kenny Loggins and Eric Carmen.

Everything about Footloose – from its infectious songs, its  eye-popping dancing and its heartfelt story – fit the mandate of the newly- emerging music network MTV.  Even before Footloose hit theatres in February, 1984, the music videos created from the movie’s soundtrack  and aired on MTV had made a star of Kevin Bacon and pushed Kenny Loggins’ single of the title track well up the charts.

Then, when the movie opened,  everything exploded.

The movie opened at #1 and became (at the time) the highest-grossing February release in film history.  Loggins’ single hit #1 and stayed there for three weeks, to be followed shortly thereafter by Deniece Williams’ #1 Let’s Hear It for the Boy.  Four more songs were released to radio and charted in the Top 40.  The soundtrack album ended the year-long reign of Michael Jackson’s Thriller at #1,  stayed atop the Billboard charts for 10 weeks, and went on top album charts all over the world, eventually selling in excess of 17 million albums.  Footloose was nominated for a Golden Globe, and that song and Let’s Hear It for the Boy  (co-written with Tom Snow) both received Academy Awards nominations.

In the spring of 1984,  Dean was asked to collaborate with Oscar-winning composer Marvin Hamlisch to create the Invocation for the Opening Ceremony of the Summer Olympics, being held that year in Los Angeles. Their song Welcome  was performed by a choir of over 1,000 voices in the L.A. Colliseum and heard by hundreds of millions of people around the world.

In the following years, Dean split his time between New York and Los Angeles, working on stage, song and film projects. In 1989 After All,  the theme from Chances Are  (co-written with Tom Snow) resulted in a duet for Cher and Peter Cetera that topped pop and adult charts everywhere and garnered Dean his fourth Oscar nomination. He returned again to the top of the charts in 1991 with Whitney Houston’s international #1 hit All the Man That I Need (co-written with Michael Gore.)

Dean then turned his attention to directing. His short The Washing Machine was invited to be shown out of competition at the Sundance Film Festival; and Blood Brothers: The Joey DiPaolo Story, made for HBO, won the 1992 Cable Ace Award for Best Children’s Program.

It was about then that Dean gave in to years of encouragement from his friend Carole Schwartz and first began to envision Footloose as a stage musical.   An early version in 1994 attracted the attention of several Broadway producers, and, over the next few years,  Dean co-wrote a new book for the musical with Walter Bobbie (who had signed on as the show’s director), and collaborated on nine new songs with Tom Snow.

After Walter’s spectacular revival of Chicago opened in 1996, plans for Footloose accelerated.  A workshop in the summer of 1997 was followed by more re-writes and,  finally, the start of rehearsals in summer, 1998.  Footloose played its out-of-town tryout at the Kennedy Center in Washington, D.C.,  and arrived on Broadway on October 22, 1998;   the next day,  it shattered box office records at the Richard Rodgers Theatre.

Footloose went on to play over 700 performances on Broadway and launch several national tours.  In the years since, the musical has become an international phenomenon, with productions in – among other places —  Japan, Australia, New Zealand, England, South Africa, Poland, Iceland, France, Hungary, Italy, Denmark… and even South Korea.

In 2003, Australian film star Hugh Jackman won the Tony on Broadway for playing songwriter Peter Allen in The Boy From Oz, in which he sang songs written two decades earlier by Peter and Dean.  And in recent years,   Dean has contributed songs to a number of major film projects including Shrek II, Disney’s Ice Princess, The Lizzie McGuire Movie  and Bambi I.

Then, in 2007, Dean broke new ground by writing his first novel — The Big One-Oh (Putnam).  He recorded the audiobook himself for Random House/Listening Library, and the performance earned Dean a 2008 Grammy nomination in the category of Best Spoken Word Album for Children. His second novel, Captain Nobody, released in Summer, 2009, was similarly recorded for Listening Library; it, too, garnered Dean a Grammy nod.

Paramount Pictures’ remake of the motion picture Footloose –  based on Dean’s original screenplay and featuring six of his songs – was released in October, 2011, at which time Blake Shelton had a hit with his re-make of the title song.

The stage musical Carrie (based on Stephen King’s first novel), with Dean’s lyrics, was presented by MCC Theatre in New York City in their 2011-2012 season, garnering numerous Drama Desk and Outer Critics Circle nominations. The Premiere Cast Recording, available on Sh-K-Boom/Ghostlight Records, was released in September, 2012, and immediately hit the #1 spot on the Amazon and Billboard Musical charts. The Rodgers & Hammerstein Organization/Imagem Music acquired worldwide performance rights to the property.