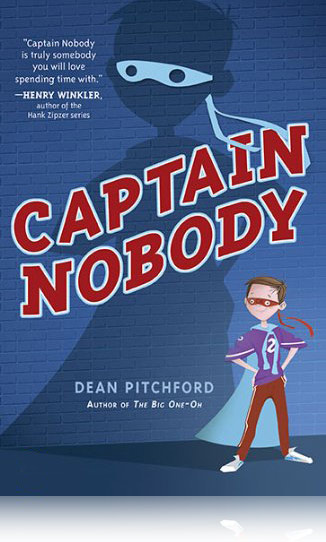 Newt Newman never thought he could be a hero. Growing up in the shadow of his star-athlete brother, Chris, ten-year-old Newt has a hard time even getting noticed by his own family. So when Chris is knocked into a coma during the biggest football game of the season, Newt – as usual – gets lost in the whirlwind of concern for his brother.

To get his mind off the accident, Newt’s best friends, JJ and Cecil, dress him up for Halloween in some of Chris’s old clothes, and in doing so create an unexpected new identity for Newt – Captain Nobody, defender of the little guy! His new alter ego brings Newt so much confidence that, without really meaning to, he assumes the role of a hero almost instantly… solving crimes and saving lives. But when it comes to his brother’s recovery, will Captain Nobody come to the rescue in time? 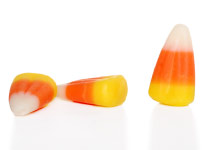 The Bulletin of the Center for Children’s Books

“Hilarious! Pitchford… displays a canny talent for drafting dreams with universal appeal… Readers who’ve ever felt a little left out (and who hasn’t?) will enjoy Newt’s triumph.”

“…a cliffhanger! This novel will speak to those kids who feel left out… the humor and compassion are sure to appeal to reluctant readers.”

“Pitchford’s screenwriting background is apparent: the book reads like a summertime feel-good movie. Kids… will eat this up!”

“Readers will enjoy watching this Everyboy protagonist cast off his customary timidity… (as) he seems to magically grow into the heroic role.”


Explore other titles:
Nickel Back Nick
The Big One-Oh