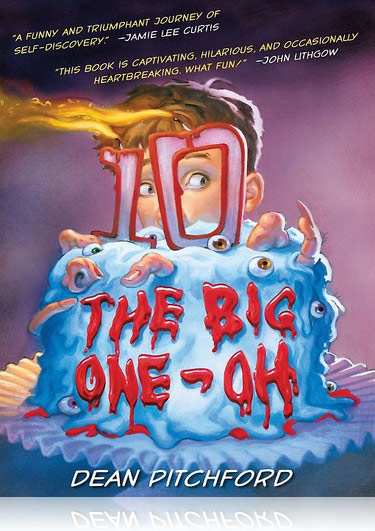 Charley Maplewood has never been one for parties – that would require friends, which he doesn’t have. But now that he’s turning ten – the big one-oh! – he decides to throw his own birthday party, complete with a “House of Horrors” theme and a birthday cake he’ll bake himself.

Of course, things don’t work out as Charley plans. In trying to make friends, he ends up inviting the class bully Cougar to come, and that’s before he burns down his family’s garage and ruins the cake. By the time the big event arrives, Charley’s home really is a house of horrors. Will Charley be able to pull it together before the big one-oh becomes the big OH-NO!? 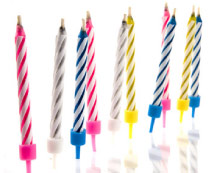 “The fast-paced plot will keep readers involved to the end. The author does a wonderful job… it’s often very funny, but it’s also poignant… This novel would be especially effective for a class to read-aloud or as a choice for reluctant readers.”

“Actor/songwriter Pitchford’s debut for kids is sure to be a big hit with readers. His characters are realistic, situations funny and the exaggerated plot somehow believable. For those who want to be grossed out and especially for reluctant readers, this succeeds brilliantly.”

“In Footloose, Dean Pitchford created a vibrant world of small-town teens. With his wonderful novel for young readers, he has done the same thing with ten-year-olds… This book is captivating, hilarious and occasionally heartbreaking. What fun!”

“Mix some birthday anxiety with a little movie-monster magic and it equals a funny and triumphant journey of self-discovery!”